(Tower Inside [Sector A1 1F~3F], 塔内【A1区画】1F~3F?, lit. "touuchi [ei-ichi kukaku] ichi-efu san-efu") is the lowermost accessible sector of the First Tower of Ar tonelico, and the general zone covers the first three floors that can be walked into in the current times. This place is accessed through the Terraced Fields, and is connected to Tower Inside A2 Sector 91F Center, A1 Sector 68F, and Sector A1 2F Center, and Tower Inside A2 Sector 91F and Floating Wharf.

Lyner Barsett, Krusche Elendia and Misha Arsellec Lune arrived at this sector after passing through the Dividing Gate located in the Terraced Fields, and upon entering, Krusche began asking Lyner about the materials that were found around the place. Misha answered her questions, telling her that the walls were made out from Yuteria and other parts from Airmetal, while Krusche rudely replied to say that she hadn't asked her. However, before a discussion could begin between them, Lyner noticed that a group of Guardians had approached them, and began attacking. This caught them by surprise, until Lyner realized that this was because they had been infected by the viruses that recently appeared at Platina.

After the batte, Misha and Lyner explained to Krusche about the Tower Guardians and the viruses, and they continued they way further into the place. There, they found a shuttle leading to Sector A2 91F, but unfortunately, the shuttle was out of power, and they needed to find the switch that would reactivate it.

After going up a few floors, they found a control room, but the door to it was locked, prompting Misha to try to open it, while she advised Krusche and Lyner rested for a while. During that time, Krusche showed them that she was a Melder, too, and her specialty was the construction of airships. This made Misha to ask her for help, and despite Krusche's initial reluctance, they began working together, although all of Misha's explanations went over Krusche's head, culminating in a little quarrel about which would be the correct cable for unlocking the door, in which both waged a ridiculous amount of food depending on who lost. Krusche ended being right, and thus won the bet. The door unlocked, and they finally managed to enter into the control room. The power seemed to have stopped completely, so Misha advised using her recently-learned Thunder Shot magic on the switch nearby, which powered it once again and gave energy to the shuttle. They then returned to the shuttle and rode it to Sector A2.

Later on, Lyner, this time accompanied by Krusche, Misha and Jack Hamilton, had to travel inside the Tower to reach Firefly Alley due to airships not working at the moment due to an storm. They passed through this place in route to the Terraced Fields.

As the first of the accesible areas of the Tower of Ar tonelico, it doesn't have a very complicated layout, and it actually serves as a tutorial of sorts for how to proceed through the Tower sectors: using the stairs, activating switches with Green Magic and riding the Shuttles. The enemies aren't much stronger than those found in the Terraced Fields, although it does have a fairly high encounter rate and number of battles. 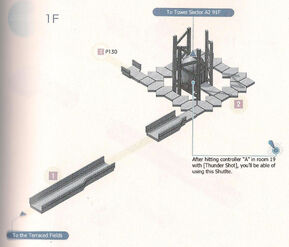 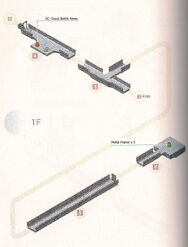 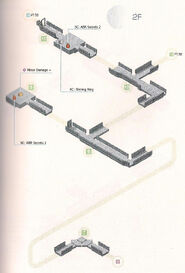 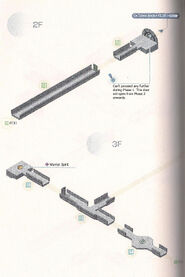 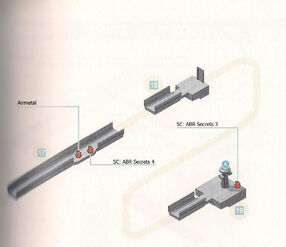 Retrieved from "https://artonelico.fandom.com/wiki/Tower_Inside_A1_Sector_1%7E3F?oldid=10671"
Community content is available under CC-BY-SA unless otherwise noted.