Start a Wiki
The Tenba Tower (天覇機密試験棟, tempa kimitsu shikentou?, lit. "Tempa Secret Experiments Building") is a place located in the underground of the Tenba Labs, protected from unauthorized personnel by a Symphonic Powered-lock that also emits frequencies that Reyvateils can't withstand, which would gravely injure and outright kill them if they were forced to go inside its range of effect. This place was used to carry out secret experiments on Reyvateils by Bourd Rade and his followers, which were considered as a wicked research by others.

After breaking open the mysterious door in the Tenba Labs, Lyner Barsett, Krusche Elendia, Jack Hamilton and Misha Arsellec Lune continued their way further inside into the building, looking for Misha's lost song, the Chronicle Key.

However, once they stepped into the basement, they were horrified to see several water tanks with unknown contents inside them. However, it was heavily implied that they contained Reyvateils in which Bourd and his followers had experimented previously. Misha stated that she wanted to go back because she didn't want to regain her song, and with it, her adult body. Although Lyner had previously promised to protect her, he stayed silent when Misha asked him if he would accept her no matter how she looked like. He finally agreed to always protect and hold the same feelings for her, no matter what, and thus, they proceeded further into the basement.

At the very end, they saw an strange chamber with several tanks inside, one of which seemed to have an Hymn Crystal inside of it. Then, they heard a voice behind them congratulating Misha for her intelligence... a voice that everyone in the party hoped to never hear again... when they turned their backs, they saw Bourd grinning at them, accompanied by several of the Tenba soldiers loyal to him. The party was shocked to see him after the blast that Misha threw to him back in Silvaplate, and stated that he was experimenting on Reyvateils here to make them stronger, be completely loyal to the humans, and not need any food or sleep. Lyner stated that these weren't Reyvateils, and mere singing dolls, to which Bourd replied that Reyvateils were mere dolls, anyway.

This enraged Lyner, who confronted Bourd. However, Bourd didn't want to get his hands dirty and sent a few of soldiers to fight instead, which the party promptly defeated. However, before things got worse, the president of Tenba herself, Ayano Raizer Elduke, entered in the room followed by the entire Tenba army. She had followed Lyner's group into the basement, and was horrified to see what Bourd had been doing with her company during her absence. Lyner raised her sword against Ayano, but she merely told him to stop, and then she asked Bourd how he managed to survive, and what was the purpose of this facility, which wasn't marked in any of Tenba's official maps. She then explained that she had discovered a few documents among the rubble that was left in the Hexagonal Plate crash site, and after reading them, she realized that Bourd had gone too far, and then ordered her army to seize and execute him.

However, after she asked Bourd if he had any last words, Bourd merely replied that Ayano had helped her a lot since he was just an adventurer, and that he had made an amazing discovery in some ruins after he joined Tenba, something that he considered far more valuable than money, power or Tenba itself, and then proceeded to announce that the end was nearing for both Tenba and the Church of El Elemia, with Mir about to be revived. Lyner immediately reacted to this, and told Ayano that they had to stop Bourd at any costs. Bourd then attempted to destroy the entire facility and the Hymn Crystal (actually a D-Cellophane) containing Chronicle Key to get rid of everything that served as a hindrance to his plan, but Lyner stopped him, and after threatening everyone with their death coming soon, he ran away.

Lyner escaped unscathed from Bourd's attempt to destroy the place, and the D-Cellophane was safe and sound and well. Ayano then apologized to Lyner in Tenba's behalf, despite her not being aware at all of Bourd's evil actions, and offered to do everything she could to stop both Bourd and Mir. Lyner then asked her to return Misha to normal, but Ayano remarked she had never been in the facility, and thus she didn't know how to do so. It was then that Krusche intervened, remarking that the device looked similar to a Dive Machine, and that it could also insert and extract items from Reyvateils, which was how Bourd managed to extract Misha's D-Cellophane in the first place. Krusche then told Lyner that there was no warranty of returning the D-Cellophane succesfully to Misha's body, but Lyner told her that he still wanted to try it. Misha then warned him about the changes her body would suffer, which Lyner couldn't understand due to his denseness, and both stepped into the machine.

Once there, Lyner entered to Misha's Cosmosphere, and saw how the Chronicle Key, represented by a ship, appeared into the Cosmosphere. This allowed Misha to obtain a new costume, the China Dress, and returned her to her correct age.

Upon awakening, everyone noticed the change on Misha, who also exclaimed that she could sing Chronicle Key once again, while Jack and Krusche remarked that her appearance was completely different, yet her personality was still the same. She was too embarrased to ask Lyner for his opinion, and Jack told him to say something, which turned out to be a great mistake: he merely stated that he already seen Misha in this form inside of her Cosmosphere, which made Misha scream at him that she didn't want to talk with him again, while Jack and Krusche commented on his stupidity. Ayano then reminded them of the gravity of the situation, and told them to follow him. She then gave Lyner a sword as a little gift, telling him it was a great sword she used a long time ago, when she was an adventurer. Ayano then apologized to Misha, and told her that since she was forced to join Tenba, she didn't have to continue being part of it if she didn't want it. The party then rushed out to Firefly Alley and took an airship to return to Nemo.

Later on, Lyner and his friends returned to the Reyvateil Workshop at the very end of this place, inside which they found two of Bourd's former employees experimenting on the machine. The party then threatened them with turning them to Ayano, to which both of them reacted in fear, and told the party that if they kept this as a secret, they would allow them to use the machine to change Misha's age as much as they wished. Lyner initially rejected the idea, but after Misha mentioned that she would like doing it because Lyner seemed to like more younger girls, they had no choice but to accept the idea. This would allow them to freely change Misha back and forth between her child and adult forms.

Like the Tenba Labs, the Tenba Tower has a simple and straightforward layout, lacks any boss battles, and there are several items scattered inside its breakable walls, aside of it also having the second version of the Firefly Vending Machines. However, this place also has extremely hard doors that require Green Magic strengthened through Installs to be broken, which guard some powerful Grathnode Crystals and the recipe card for Lyner's ultimate weapon. 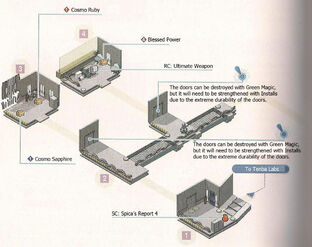 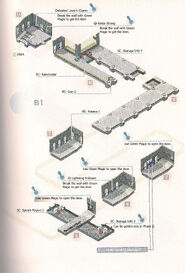 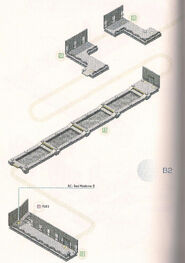 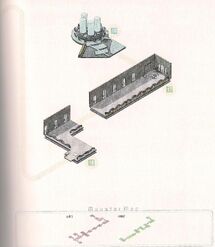 Number of Random Battles in this Area: 7

Retrieved from "https://artonelico.fandom.com/wiki/Tenba_Tower?oldid=13620"
Community content is available under CC-BY-SA unless otherwise noted.