The (Singing Hill, 謳う丘?, lit. "Utau Oka") is a large ruin located at the west of the Wings of Horus, and it's famous due to being the largest among the ruins found in Sol Ciel.

The Singing Hill was originally a laboratory and test ground for the biological weapons and technology that the scientists and researchers of the First Era were developing after the Wings of Horus were first raised into the air. It was from the results of these researches and experiments that the Reyvateils were created, although this also gave birth to several of the monsters that can be now seen throughout the world: Poms, wolves, dragons, plant people and such, were all initially bioweapons created to be used in the war against Sol Cluster.

However, said experiments and the creation of these bioweapons finally stopped with the coming of the Grathnode Inferia, which turned the Wings of Horus from a restricted zone into the only place in Sol Ciel where people could live. After Shurelia proposed the creation of the Silver Horn, the entire laboratory complex was repurposed and renamed as the Singing Hill, in reference to the legendary place from which the songs were supposedly born in Ar Ciel, and was to be used for the development of Song Magic and Hymmnos Extracts.

Unfortunately, the continuous shock and shaking the place received from the Song Magics tests were too heavy on the ground that kept the facility suspended in air, which eventually collapsed and dropped into the Sea of Death several researchers and Reyvateils, causing their deaths. Due to this tragedy, and due to Mir's Rebellion, the Singing Hill was closed off, and was abandoned during the next centuries.

During the current times, the Singing Hill is an abandoned ruin, and although several adventurers and knights of the Church of El Elemia usually come inside in search of relics from the bygone eras, the place has been considered as very risky due to the ground being able to collapse at any time.

Despite this, Spica Neal and Ilya once went inside to seek a rare Grathnode Crystal in order to help Ilya's father. Once there, they met Lyra Ross Reitel, who was seeking treasures, and after Spica gave her some of her Kitty Candies, they both quickly became friends. However, a moment later they were ambushed by Jemi and her evil boss, who ordered her to kill Spica, Ilya and Lyra. Jemi began then singing Megarealics, and despite her being a very weak Reyvateil, the amplifying effects of the Carillon Organito increased her powers to a very dangerous level. However, this greatly enraged Spica, who then began singing Xa Ziqt Wac s, and despite not being a Reyvateil, the Carrillon Organito also allowed her to use her emotions and Song Magic, which caused an explosion large enough to cause the collapse of the area of the ruins in which they were.

A few years later, Lyner Barsett and his companions Krusche Elendia, Radolf Schnaizen, and Aurica Nestmile had to go inside to seek the Hymn Crystal Purger, which was the only weapon that could stop the virus ELMA-DS from destroying Platina. Before entering, Lyner showed to his friends the image projected by the Hymn Brooch that Shurelia had given him, so they would know how the crystal looked like. Krusche began making fun of him by saying that the pendant was give to him from a woman, and while Lyner answered that was indeed the case, that person was actually who he admired the most, and he was doing this not only to accomplish his mission as a Knight of Elemia, but to save the world too. After several battles, and confronting other of the parts of the infected ABR guardian, Lyner and his friends finally had the crystal at the reach of their hand, but the intensity of the battle against the ABR caused the area to collapse, and forced them to leave the crystal behind.

Lyner thought that the crystal could have fallen in one of the lower levels, and although Radolf told him not throw his life away, and advised to get away from the ruin before it fully collapsed, Lyner insisted, which also made the others follow him deeper inside the ruins out of friendship and concern. There, they saw the crystal being caught in a ledge at the other side of a very deteriorated walkway. Although the others warned him against doing so, Lyner began hopping through the walkway, which began collapsing as soon as he stood above it, and had to jump quickly until he reacher the ledge where the crystal was, which began giving away as soon as he landed on it. This seemed to be his end, but upon seeing this situation, Aurica's emotions swelled with sadness and despair, causing her to craft a Song Magic in the real world, something that happens very rarely, and saved Lyner's life.

Krusche, Radolf and Aurica then took a moment to rest, while Radolf explained how rare was to see a Reyvateil crafting Song Magic outside of her Cosmosphere, and commented that the only time he had saw this was when his former Reyvateil partner, Fayma, crafted a Song as well. Then, they decided to continue searching for Lyner, who should have landed safely nearby. At that moment, Lyner awakened at other part of the ruins, with Jack commenting on how bad things would have if he hadn't come, and upon seeing that the crystal had landed beside him, he joyfully laughed and took it. Lyner then noticed Jack's presence, and after explaining that Claire had told him about Lyner's group coming to the Singing Hill, he decided to go too. Their conversation didn't last much longer, since they heard Aurica screaming below them, and after seeing she was under attack by the last part of the ABR guardian, they leapt to her rescue. However, Jack slipped when he was jumping and ended landing face first in front of the guardian...

Both Lyner and Jack managed to succesfully defeat the ABR and save Aurica, while the others came in time to see how the battle ended. Radolf scolded Aurica for going alone, while Krusche showed that she already knew Jack, and began berating him for not paying the installation and maintenance of his mechanical arm, while Jack begged to have a few more days to pay off his debt. After getting out of the ruins, Krusche suggested to go first to the Viola Forest to check up on Lyner's airship, which he was happy to accept.

Later on, Bishop Falss sent Lyner, Ayatane and Radolf to this place in search of a supposed divine artifact called the Grail of Eoria to complete the preparations for the coming of the Trio of Elemia. However, the trio didn't find anything after several hours of search, during which Radolf began saying that the Church used to be more sincere due to how vague the location for the Grail they were given, and also, showed his disgust for only three people being sent to explore a large ruin when the Church actually sent large groups of people to scavenge relics. Radolf then went into details about how long Bishop Falss had been the head of the Church, how quickly he rose to that position, and how much he disagreed with him about the Church's priorities. Shortly later, they were ambushed by knights of the church, who shouted that they were plotting to rebel against the Church, which made Radolf notice that this was a trap prepared by Falss to dispose of them. They had to continue battling against more church knights in order to escape alive from the ruins and return to Nemo.

Finally, after Shurelia joins the party, the player can choose to come to the Singing Hill again for a little scene in which she tells part of the history of the place, while also advising Lyner and the others to not go inside due to its extremely unstable ground.

The Singing Hill has a mostly straightforward main path, although several side paths can be taken to find several hidden treasures. This is also the first dungeon to feature warp gates, and it can't be completed in the first visit because there are several doors that require specific elemental shots to be opened, some of which aren't available to Aurica during the first visit to this place. 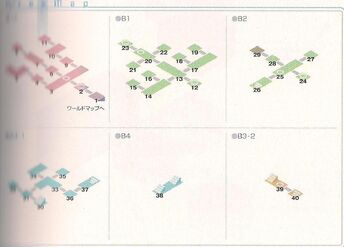 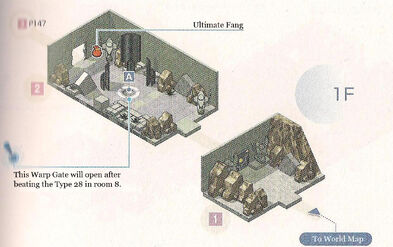 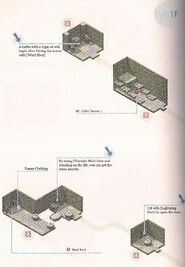 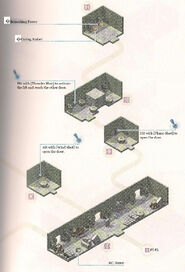 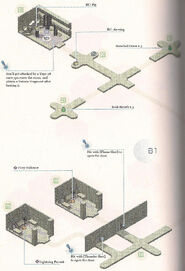 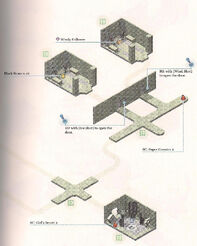 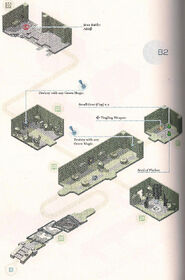 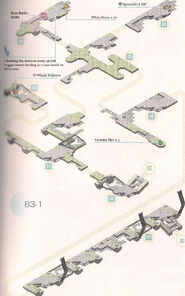 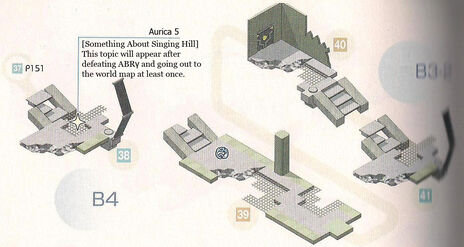 Singing Hill Monster Map
Add a photo to this gallery

Retrieved from "https://artonelico.fandom.com/wiki/Singing_Hill?oldid=8322"
Community content is available under CC-BY-SA unless otherwise noted.