Start a Wiki
The Prism Garden (プリズムガーデン, Purizumugaaden?), also called the Prism Memory (プリズムメモリー, Purizumumemorii?, lit. "Prism Memory") is one of the areas located in the uppermost zones of the First Tower of Ar tonelico, and it's basically the point from which several of the Symphonic Power lines descend from both the S.P.U. and Rinkernator to the other zones of the Tower. It's one of the largest areas in Sol Ciel, containing several shuttles and lifts that connect each of its six floors. It connects the Observatory and the S.P.U.

When they first arrived at this area, Lyner Barsett and his friends were amazed to see how large and complex it was, while Lyner also noted that there were several lifts in the area, but none of them seemed operational at the moment, prompting them to search for the switches necessary to supply power to them.

However, when they were reaching the final switches, and complained about how longer it would take them to finish up this area, Ayatane Michitaka appeared before them, saying that they were only half-way through the place.At first, Lyner was glad to see him, and told Ayatane to help them to rescue Shurelia from Mir's possession. However, Ayatane merely brought up the fact that he and Lyner had defeated many enemies together, and that all of their experiences together had been a charade he was throwing away that moment: he declared that humans were already being targeted for total extermination, and told him to stop climbing the Tower at once to avoid terrible consequences to both of them.

Lyner was dumbfounded upon hearing this, and asked Ayatane to step aside to let them save Shurelia. However, Ayatane made fun of Lyner's stupidity, and revealed to him his true identity: he was actually one of Mir's viruses, and his mission was to sneak into Platina and let Mir take control of Shurelia's mind. Lyner was enraged upon learning this, while Ayatane replied that he was only trying to carry out his mission, and that Lyner felt betrayed because the illusory world in which he lived was just destroyed before him, and that their relationship was always like this. Ayatane then reiterated his warning to make them stop climbing the Tower, and enjoy in the world below the little remaining time they had before disappearing. The rest of the party was enraged and shocked from this revelation, and this only reinvigorated their wishes to reach the place where Mir was and defeat her.

The Prism Garden is one of the longest and more complex dungeons in the games, requiring backtracking several times through the same floor in order to reach lifts or shuttles that were activated after pressing an specific switch, or to find hidden passages and areas revealed by the reactivation of the energy supply. Additionally, it has a rather high encounter rate with several powerful monsters, so traveling through this place has to be done carefully.

However, upon clearing it for the first time, several of the switches pressed activate shorcuts between the first and final floors, allowing the player to travel between the Observatory and S.P.U. without much problem. 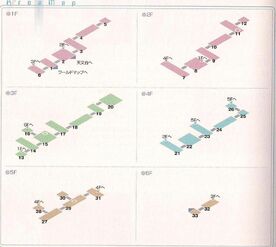 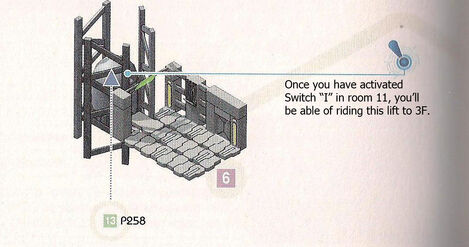 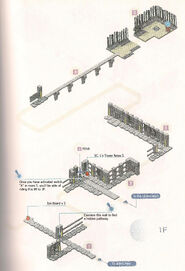 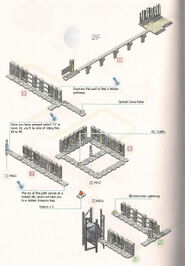 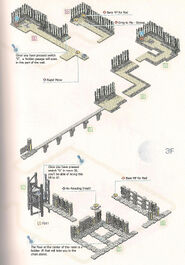 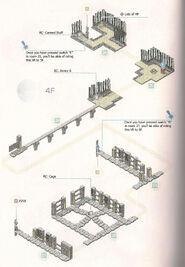 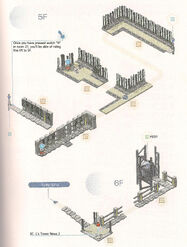 Prism Garden Monster Map
Add a photo to this gallery

Although the name doesn't seem to be indicative of this place's nature or of the following fact, the Prism Garden is actually one of the areas remaining from the original concept of Ar tonelico, in which the world was sunk in the sea, and it was a palace made from prisms that could be found in the sea, which would become visible or invisible depending on how far or close the observer was from it due to its light refraction characteristics. For unknown reasons, said optical camouflage concept was never used in the game, although it got to be partially reused in a different way for the Tower of Heavens from Ar tonelico II: Melody of Metafalica.

Retrieved from "https://artonelico.fandom.com/wiki/Prism_Garden?oldid=13651"
Community content is available under CC-BY-SA unless otherwise noted.