The (Pheyna Temple, イム・フェーナ寺院?, lit. "imu feena jiin") is a sacred place to the Teru Tribe, which is located inside of their town of Em Pheyna.

In this temple is where Lyner Barsett, assisted by Aurica Nestmile, had to undertake a trial called the Ordeal of the Moon in order to be recognized as a Knight of Elemia by the Teru Tribe, so they would grant him and his friends passage to the upper sections of the Tower.

Said trial consisted of finding the Teru Chief, Flute Ross Loria, at the deepmost areas of the Temple and defeating him in battle. Lyner rose to the challenge, and with Aurica's help, he made his way to the Temple and ultimately defeated Flute, gaining both his acknowledgement and respect.

Later on, Lyner and all of his friends returned to the Temple in order to find an ingredient they needed to create the Circula Teleporter, a item that would allow them to reach Platina. For this, Jack Hamilton gave them the recipe for a Stonetree Fertilizer, which allowed them to make the Stonetrees in the Temple to grow faster, giving them access to new areas. In the topmost floor, they found that item, the Yulastrino, which had been sealed for a long time by the Teru's own laws. Jack then explained that this was one of the reasons for him having left Em Pheyna: there was a time in which Teru had to fight against the humans, and Jack argued with Flute that they should have used the firearms that they had sealed due to the Covenant of Elemia in order to be able to not be obliterated by the bombs the humans were using, since their magic wasn't enough to make the battle fair. Due to Flute's stubborness to uphold the Covenant instead of worrying for the life of the other members of the Tribe, Jack was fed up with this, and decided to leave Em Pheyna to find his own way in life.

After telling his story, Jack told the party that he somewhat regretted having taken that decision, and apologized to Misha for having left her alone, but he also excused himself saying that he was sick of the Teru's laws and limits, and was attracted by the humans' spirit and technology. Krusche told Jack that he never was able of doing anything right, and enraged, Jack told everyone to leave the temple and return to the town.

The Pheyna Temple has quite a simplistic layout: three floors formed by four screens each, most them interconnected by cross-shaped pathways. However, floor 2 and floor 3 have some of these pathways cut-off, and require the usage of Fertilizers in order to make the Stonetrees grow and complete the paths once again. Due to this, a large part of the Temple, including the room with the Yulastrino, can't be explored prior to getting the recipe for the Fertilizer. Likewise, it's important to pay attention to the teleporters in order to avoid getting lost. 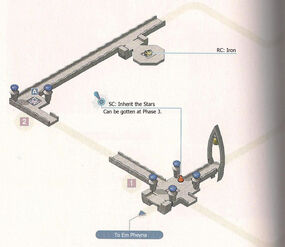 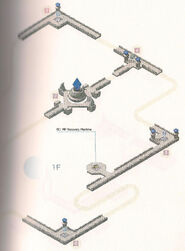 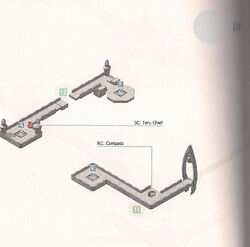 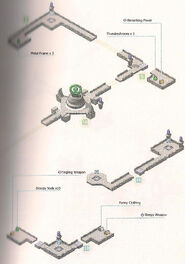 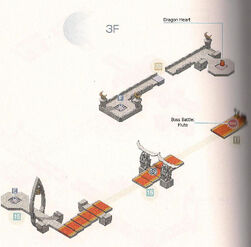 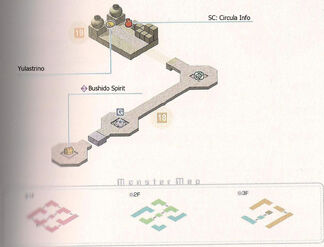 During the Ordeal of the Moon

After the Ordeal of the Moon

Number of Random Battles in This Area: 12

Retrieved from "https://artonelico.fandom.com/wiki/Pheyna_Temple?oldid=8279"
Community content is available under CC-BY-SA unless otherwise noted.