Start a Wiki
(Inferia, インフェリア?, lit. "inferia") is a location in the First Tower of Ar tonelico located between the Ion Plate and the Frozen Eye, and it's basically a long stairwell that connects both places. The place was named after the Grathnode Inferia and the devastation it caused, which is visible due to the great quantity of ruins and fossilized bones that can be seen floating around the stairs, all of which were thrown into the atmosphere due to the massive land upheaval that said catastrophe caused.

As mentioned above, Inferia is a long stairwell, which makes it a very linear location without any side-paths or additional routes for traversing it. Similarly, it has very few treasures, so the focus should be put only into reaching the destination. In some ways it could be considered as an extension of the Ion Plate, due to both places sharing the same music (Whisper), although both have different encounter rates and enemies. 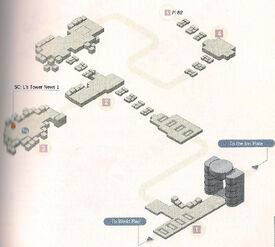 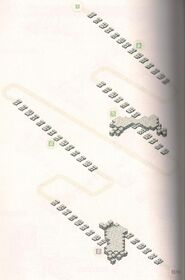 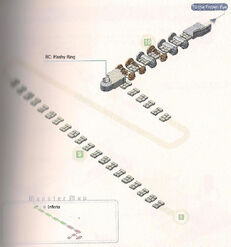 Number of Random Battles in this Area: 10

Retrieved from "https://artonelico.fandom.com/wiki/Inferia?oldid=7718"
Community content is available under CC-BY-SA unless otherwise noted.