The Hexagonal Plate (六角板, rokkakuita?, lit. "Hexagonal Plate") used to be a research facility owned and managed by Tenba in the Wings of Horus, at the north of Airport City Nemo. However, currently it's the crash site of a part of the Tower that collapsed recently.

This place was built by Tenba some years ago in order to facilitate research on Grathmeld, although Bourd Rade and his subordinates used it to research on ways of creating Hymn Crystals and rendering Reyvateils into selfless slaves to the humans.

However, this facility ended being mostly abandoned after Mir triggered the collapse of one of the Hexagonal Plates of the Tower's Musical Corridor, greatly devastating the place.

The day following the crash of the Plate, Lyner Barsett and his friends came to explore the place and seek if there were any survivors, after Krusche Elendia told them that Tenba's most important executives were having a reunion there, including President Ayano Raizer Elduke, Bourd and Misha Arsellec Lune. When they reached the deepmost room, they saw an strange laboratory, and Bourd appeared behind them explaining that it was where they experimented on Reyvateils to make them stronger. Radolf Schnaizen, as a member of the Church of El Elemia, was utterly disgusted by this, telling Bourd that this was inhumane, and when both were about the start fighting, part of Tenba's staff, including the President, stepped in.

Jack Hamilton was flaggerbasted to see Misha on the side of Tenba, as well as her current appearance, but he couldn't talk to her because Bourd stepped between them. Ayano introduced herself, and asked Radolf to allow them to go this time, given the current situation in which Tenba was at the moment. Radolf agreed, and all of Tenba went away. Jack then explained to the party the reason why he was so surprised at Misha's appearance: the fact that she still looked exactly as she was six years ago, without any sort of change. Krusche then told them that they didn't have any more business at the place, and the group decided to return to Nemo.

After an small quarrel between Aurica and Lyner due to a misunderstanding, Aurica left the group, and Lyner and the others had to search for her around Nemo. They were unable to find any clues, but they met Misha, who decided to help them to look for Aurica. Upon getting word that Aurica could be in the Hexagonal Plate, the group rushed immediately there. Upon entering a path they had never threaded before, Misha saw an strange looking item in a wall, and recognizing it as the Power Cylinder that Krusche and Jack were seeking, she pulled it out, turning off the lights briefly. Once the lights turned back on, they continued their exploration. At the deepmost room, they found Aurica, who was at the verge of collapse, accompanied by Krusche and Jack. Both groups were astonished to see each other, and after wishing good luck to the others, each one of them took their own road.

After a misunderstanding between Misha and Lyner due to Lyner's wishes to protect Misha even to the point of ignoring her feelings, Misha separated herself from the rest of the group and headed to the Hexagonal Plate herself to seek the Power Cylinder they needed. After meeting with Aurica, they decided to follow Misha, and went to the Hexagonal Plate as well. Lyner remarked that Aurica didn't look very well, to which Aurica replied that she was okay, and that she was a mere defective Reyvateil, and asked Lyner to just continue onwards. Suddenly, the lights turned off, scaring everyone, making Aurica to hold Lyner's arm and Krusche to hold Jack's. At the deepmost room, they noticed it was a dead end, and decided to rest a little. There, Aurica asked why Misha had left them, and once Lyner explained the reasons, Aurica said that she understood Lyner's feelings, but she also explained that Misha didn't want to be left alone. Lyner thanked Aurica for the explanation, who collapsed shortly later. At that moment, Misha appeared accompanied by Radolf and Ayatane Michitaka. Both groups were astonished to see each other, and after wishing good luck to the others, each one of them took their own road.

After Shurelia joined the party, and Tastiella De Lu asked Lyner about the nature of conflicts before allowing them to confront Mir, the group decided to travel around Sol Ciel to seek an answer to that question. The first place to which they went was the Hexagonal Plate, which Krusche remarked as a terrible event when it fell down due to the devastation caused to the place and the storm it provoked, while Radolf said he felt bad for Tenba, but he despised the research that Bourd was conducting here. However, they couldn't proceed any further due to the guards asking them for permission from Ayano, which they didn't have at the moment.

After they gained Ayano's permission, the guards allowed the party to go in, and in the back room, they found quite an amount of research documents: logs of experiments on Misha, attempts to create Hymn Crystals, Bourd's plans to attack Bishop Falss with an army of emotionless Reyvateils, and the most shocking of them all, a log called Project Mir, in which Bourd was trying to replicate the experiments that had created Mir in the first place. By overwriting a section of the Reyvateil's Cosmosphere called the KC Field, the Reyvateils would have their powers enhanced and their free wills removed. Shurelia then explained that this was the same way in which Mir was created, and the reason why she suddenly gained feelings was due to the process being incomplete, which gradually led Mir to hate the humans due to their cruelty and greed. Krusche also remarked that most likely Ayano didn't know anything about this, since Bourd did all of these experiments behind her back, all of which fortunately died when Bourd was annihilated. After this, the party decided to return to Ayano to explain her everything they had discovered.

The Hexagonal Plate isn't a very difficult dungeon, although is the second area to feature several secret rooms and passaged covered by walls and rubble, which need Green Magic to be destroyed and open up the access. This area can't be fully explored since a large part of the Plate is closed off until some specific events have transpired in the game. 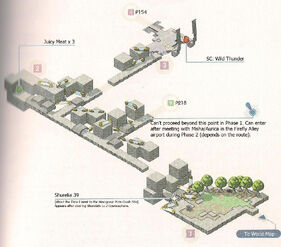 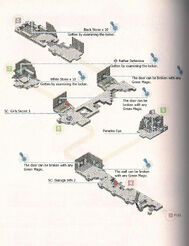 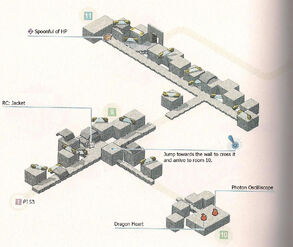 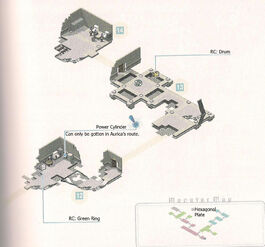 Retrieved from "https://artonelico.fandom.com/wiki/Hexagonal_Plate?oldid=13618"
Community content is available under CC-BY-SA unless otherwise noted.