Start a Wiki
The Firefly Power Generator (ほたる動力部, hotaru douryokubu?, lit. "Firefly Power Department") is the facility that powers everything in the floating island of Firefly Alley, as well as keeping the entire landmass afloat, which makes it extremely important. Aside of the main facility, which houses a Flipper that continually generates Symphonic Power (erroneously referred to as a Nuclear/Nukular Power Reactor in-game), the facility is surrounded by several steel walkways and ducts, which rise several Stons around the complex itself and connect it to the main city in Firefly Alley, the Tenba Labs, and the Terraced Fields.

This was the first part of Firefly Alley to be built, while the rest of the floating island was built both around and above the generator itself. It's due to this that the main city has such an stratified structure: the oldest sectors located in the lowest parts, right above the generator, while the newest ones are right in the top. However, this also causes the old sectors to be hard places to live in due to the sunlight hardly reaching them due to all the metallic structures obstructing it. The Generator was the route that Lyner Barsett and Misha Arsellec Lune used to escape from the Tenba Labs the first time they were in the area. During the escape, Lyner asked Misha why she was in Tenba's territory, given that Reyvateils were treated so badly by them, to which she answered that Tenba had taken away something very important to her, and she was trying to recover it. Misha then asked how was the situation in Platina, to which Lyner answered about the breakout of the virus ELMA-DS and his current mission to seek the Hymn Crystal Purger.

However, their chat was cut short when a tremor began shaking the entire island, followed by an explosion below, and against any semblance of common sense, Lyner when to check out the reactor, while Misha screamed that he would get them both killed. Once they arrived at the reactor, they noticed that the ELMA-DS virus had infected the Ikaruga Mk.I robot that Tenba had built, and was making it attack the reactor so all of Firefly Alley ended falling into the Sea of Death. They also saw how a lone girl was standing there, just watching the Ikaruga destroying everything, and both Lyner and Misha rushed to save her.

The three together managed to destroy the Ikaruga, thanks to its extreme weakness to Song Magic. However, shortly later Bourd Rade, the same person that had captured and imprisoned Lyner, came and offered them a chance to join Tenba. Both Lyner and Misha turned down the offer due to Bourd being the main cause of Tenba mistreating the Reyvateils, and ran away. Bourd merely laughed and ordered his subordinates to close off the Firefly Alley airport, cancel all flights, and send back all of the airships in the Floating Wharf to Nemo, so both of his prisoners didn't have a chance to escape. Misha and Lyner noticed how Bourd and his men weren't following them, and decided to go to Firefly Alley to rest a little and seek an airship to go back to the Wings of Horus, both unaware of the cancellation of all the flights.

Later on, Misha and Lyner returned to the ducts in order to use an old path that had been closed during a long time, which connected the Power Generator, and by extension all of Firefly Alley, to the lowermost zone in the Tower: the Terraced Fields. However, they were dismayed to see that the path was blocked by several steel beams, and didn't have more choice than to retreat to Firefly Alley and ask Spica Neal, a friend of Misha, for other escape route.

Thanks to Spica's advice, Misha and Lyner noticed that one of the walls in the route that connected the city to the Power Generator was crumbling away, despite having been repaired recently, and they decided to make use of the chance. However, once they noticed that it wasn't possible to destroy the wall with their hands, and using a bomb would alert all of the security personnel, Misha suggested using lighntning-based Song Magic to break the wall without making much noise. Misha didn't know how to use it, and irritated due to Lyner's dense personality, she practically forced him to go the Dive Shop in Firefly Alley so she could craft that song.

Once they finished Diving, Misha sung the song and made a path by destroying the wall. However, they had first to contend with a few guards that were posted in the way, which also alerted the rest of the personnel and Bourd that they were escaping. Bourd was enraged, and ordered to use their special forces team, and their strongest airship to take down the Guardians that were surrounding the area and capture Lyner and Misha. Finally, after dealing a little with Misha's acrophobia, the pair finally reached the Terraced Fields.

Later on, a party formed by Lyner, Misha, Krusche Elendia and Jack Hamilton was formed in Platina to seek that precious thing that Tenba had taken away from Misha, which was revealed to be an extremely important song called Chronicle Key. After a long descent through the Tower, the group slipped into Firefly Alley using the same route that Misha and Lyner had initially used to escape. During the infiltration, Misha's acrophobia began causing problems to her again, and out of concern, Lyner suggested that she waited for them in the Terraced Fields while they searched for it. This only enraged Misha, who didn't like the idea of being left alone, and after an small discussion, the group continued their search.

Once they reached the entrance to the city, Jack showed the rest a briefing document of sorts he had gotten from Spica, which listed all the most important facilities belonging to Tenba, and he suggested to begin the search by going to the Tenba Labs.

Later on, the party broke into the offices of the Power Generator, and after defeating the group of guards and Reyvateils that were stationed there, they arrived at the control panel of the generator. However, they couldn't do anything because they were still missing an important item called the Power Cylinder, which served as a key of sorts for the reactor. Lyner and Jack demanded the guards to reveal the location of the piece they needed to shut down the generator temporarily, so they could open up the suspicious locked door in the Tenba Labs, which seemed to be the perfect place to hide the song. The guard merely told them that Bourd took it a long time ago to the laboratory Tenba had in the Wings of Horus, which currently was the crash site of one of the Hexagonal Plates. Frustrated and disappointed, the group had no choice but to withdraw to Firefly Alley to come up with a new plan.

Finally, after several problems between Misha and Lyner, and which Aurica's help, the group managed to find the Power Cylinder, and using it, they temporarily shut down the generator, opening up the sealed door in the Tenba Labs.

The Firefly Power Generator (abbreviated as FPG in-game) is the first dungeon area that could give problems to the players, due to having enemies that can summon allies and having several dead-end paths without any sort of treasures or rewards. In addition, due to connecting three different areas, it has to be traversed several times whenever the player is instructed to go to Firefly Alley, the Terraced Fields or the Power Generator itself. 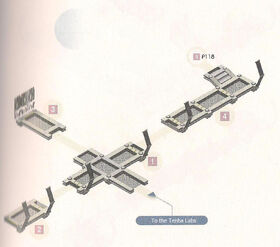 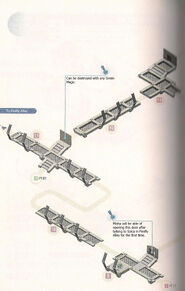 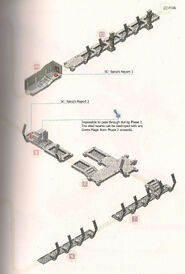 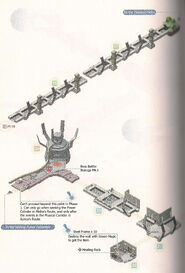 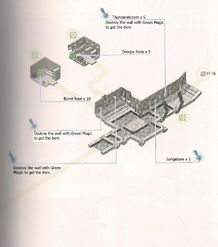 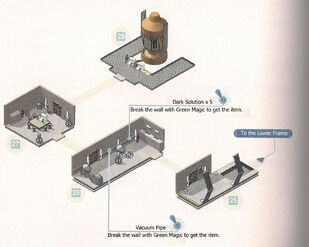 Retrieved from "https://artonelico.fandom.com/wiki/Firefly_Power_Generator?oldid=13643"
Community content is available under CC-BY-SA unless otherwise noted.