The Falcon's Claw (たかのつめあと, Taka no Tsumeato?, lit. "Falcon's Claw Mark") is an small island floating a few Stons away from the Wings of Horus. It's surrounded by several other floating islands, and although it has a warm weather and it's filled by sunlight constantly, giving it a lot of small and middle-sized vegetation, its terrain isn't deep enough to allow the growth of large trees. This island also has located inside itself the last existing Temple of Elemia in the region of Sol Ciel, and by extension, of all Ar Ciel.

The Falcon's Claw was originally part of the Right Wing of Horus. However, due to Mir's Rebellion and the subsequent Virus War, one of the two Plasma Bells that kept the Wings of Horus airborne was destroyed, which caused the collapse of the Right Wing. A few small pieces of that Wing broke off during the collapse and got caught in the gravity field of the Plasma Bell that remained, thus forming the ring of small islands around the Left Wing of Horus, and the Falcon's Claw itself.

During the events of Ar tonelico: Melody of Elemia, Lyner Barsett, Aurica Nestmile and Krusche Elendia first arrived to this place after both Aurica and Lyner were threw off-board by Bourd Rade off one of the airships of the Church of El Elemia. During their fall, they were caught by Krusche, whose airship unfortunately lacked the necessary mechanisms for a safe landing due to being hastily made, and they were forced to crash into the island. During their time there, Lyner and the others discovered the ruins of the Temple of Elemia, and shortly after this discovery, an airship of the Church, under the orders of Radolf Schnaizen, came to rescue them.

The Falcon's Claw is visited later on if the player chooses Aurica's route, in which Lyner is given the orders to find the Hymn Crystal Linker by Bishop Falss, who believed that the crystal was hidden in the ruins according to some information he had gathered.

Finally, the Claw is visted one last time after Shurelia joins, who asks to be taken to the Temple in order to uncover more about Mir's past.

Due to being a relatively small island, the Falcon's Claw doens't have much terrain to cover, and it can be fully explored in a few minutes, barring the time used in random encounters. However, this place also serves as the entrance to both the Temple of Elemia - Outer Wall, and Temple of Elemia - Center Area, so entering any of these dungeons requires going through the Claw first. 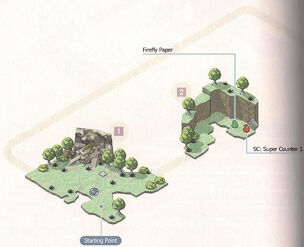 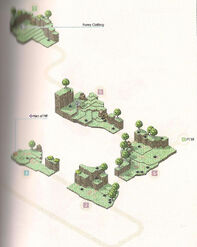 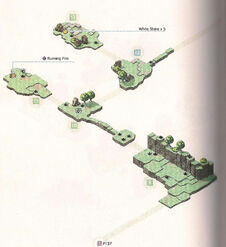 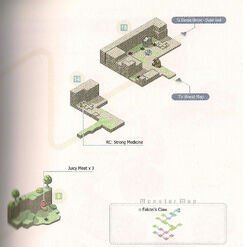 Retrieved from "https://artonelico.fandom.com/wiki/Falcon%27s_Claw?oldid=13624"
Community content is available under CC-BY-SA unless otherwise noted.