The Cello Forest (チェロ森, cheromori?) is a small forest, which also serves as the path that connects Frontier Village Karulu with Airport City Nemo, and in essence, it's the main road that goes from the village to the rest of the Wings of Horus.

This is the forest to which Lyner and Jack arrived in search of the Blue Wolves that Lyner was tasked to annihilate by the villagers of Karulu, so they would stop trying to sell off his airship to Tenba. However, their first encounter with the Wolves ended badly due to them being impervious to physical attacks, so Jack forced Lyner to retreat to Karulu in order to think up another way to defeat them.

After Lyner learned how to perform Grathmelding from Prof. Pochoma, he synthesized a few attack items, and using them, he and Jack managed to defeat the Wolves, and allow merchants and travelers safe passage between both settlements, as well as reinstating his ownership over the airship.

While he and Jack were crossing the forest in order to reach Nemo, they stopped to rest overnight, upon which they mounted camp, and talked about how Lyner would be able to return to Platina once he found the Hymn Crystal Purger. During the night, Lyner had a dream about how Shurelia forced his father, Leard, to allow him to enlist him into the Knights of Elemia after Lyner rebuked Leard for allowing Ayatane to enlist in the knights, but refusing Lyner despite both of them having similar scores. On the other hand, Jack began wondering about if Lyner would know about Misha, while ensuring that he would find her, wherever she could be.

Similarly to the Viola Forest, the Cello Forest doesn't have a very complicated layout or enemies, making it pretty much a breeze to walk through it. However, it's noticeable that the player won't be able to fully explore it on the first visit, and the exit leading to Nemo won't be accessible until some plot events have been cleared. 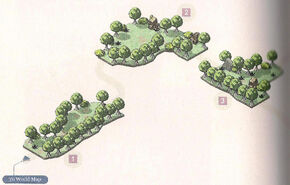 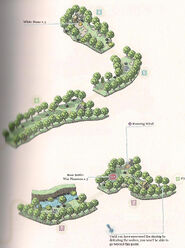 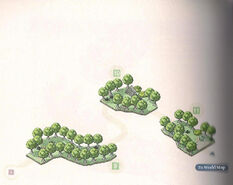 Cello Forest Monster Map
Add a photo to this gallery

Retrieved from "https://artonelico.fandom.com/wiki/Cello_Forest?oldid=13662"
Community content is available under CC-BY-SA unless otherwise noted.